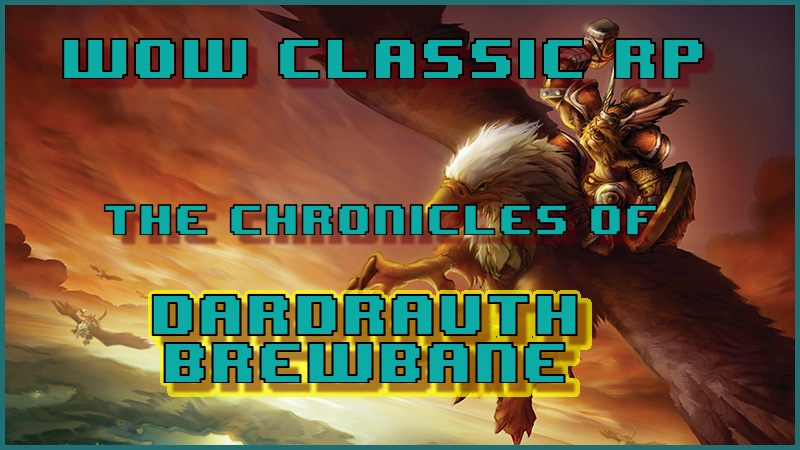 I am No Time Dad, thank you for stopping by! Today I am bringing you a look into my RP experiences with World of Warcraft Classic!

To be completely honest, I had pretty low expectations for World of Warcraft Classic when it was announced. I though I would play it for a week or so for the nostalgia and then be done with it. I did not expect to fall back in love with a game whose mechanics I had thought to be outdated and undesirable.

I rolled up a Dwarf Paladin on Bloodsail Buccaneers to try a little of roleplay in WoW Classic. I have never really had high expectations for the quality of RP an MMO can provide. I have always felt that the nature of the game itself was too immersion breaking to obtain any experience with real value. However, Goldshire residents aside, I am going to give it an honest shot.

I didn’t really know what direction to take Dardrauth in as a character. He is a Dwarf so he will obviously enjoy his ale, he is also a Paladin so light and justice are a must, but WHO is he. 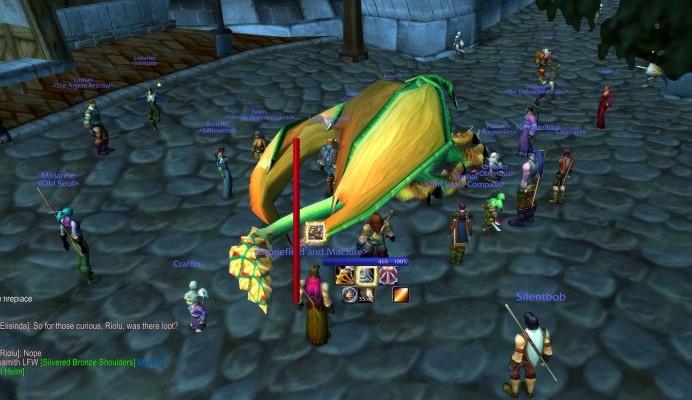 “Everyone to the Old Town Tavern to celebrate!” Dardrauth cried out amongst the jubilation. He ran to the tavern, as quickly as his short little legs could take him and bought up the finest drink he could afford as a low level adventurer. It was time for the Dwarf to have a seat and wait for the celebration to begin.

The Quest at Hand

Dardrauth is now on the never ending quest for approval and friendship. Through wielding of the light and the clashing of steel he was going to find his place in this world. Prepare yourself Azeroth, for the neediest and most insecure Paladin to ever slay Hogger, Dardrauth Brewbane!

Due to the lack of actual available RP and some unfavorable decisions made by Blizzard, the Dardrauth has been cancelled.

Rest in peace, my stubby friend.